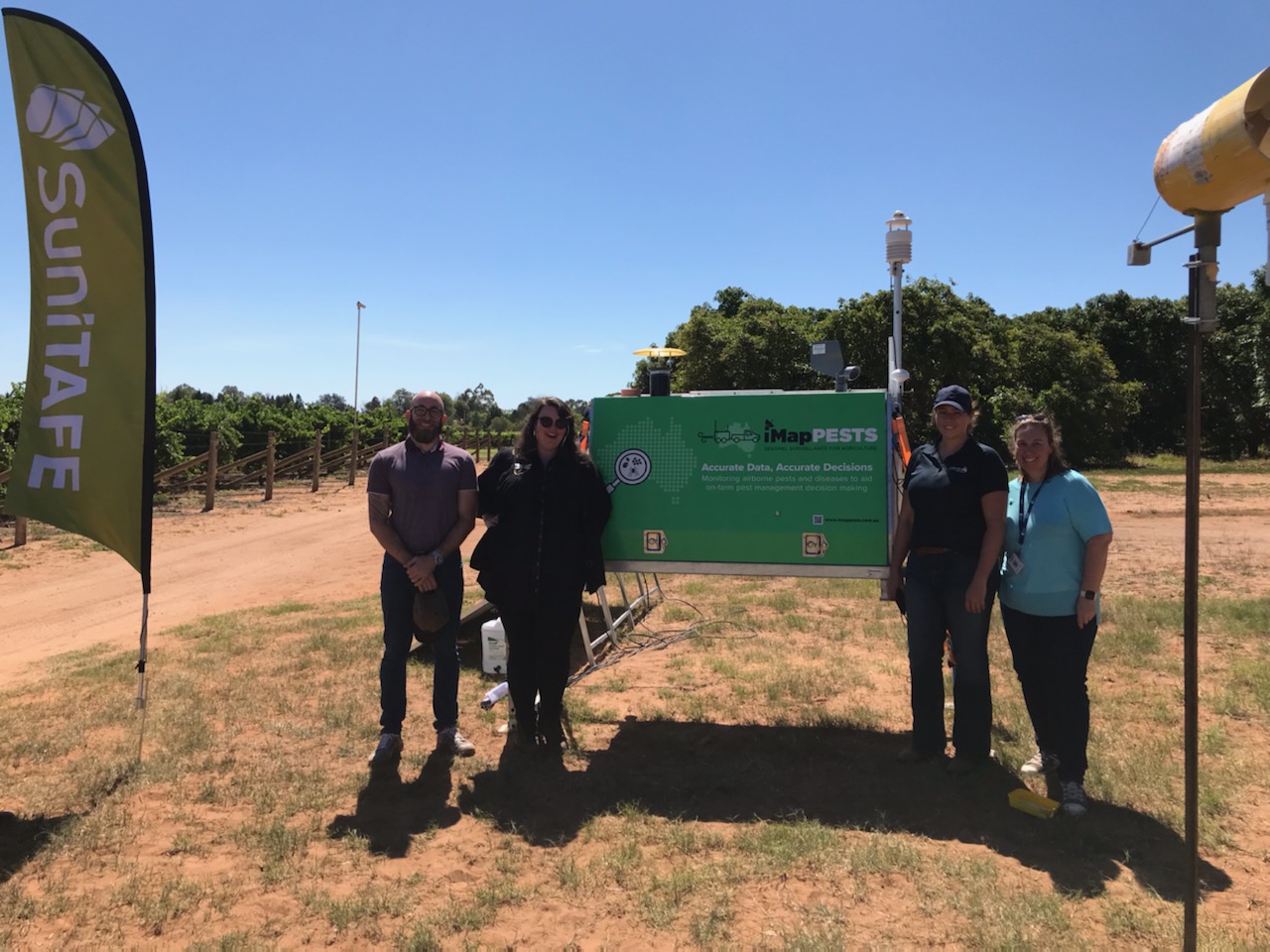 Sentinel 4 has completed a trial at the SuniTAFE SMART Farm in Sunraysia. The sentinel features a two metre insect suction trap, a spore suction trap, and an onboard weather station. Insect samples collected by the sentinel will be analysed by Agriculture Victoria Research (AVR) at AgriBio, Bundoora.

Researchers at AVR will process the samples using their cutting-edge diagnostic technology to screen for high-priority exotic pests but are also able to report on the biodiversity of the insect trap samples, including beneficial insects that may be present. One of the major aims of this trial is to understand the biodiversity of the trap catches and screen for key biosecurity targets for the industries in the region, such as the Glassy-winged sharpshooter, and African and Asian Citrus Psyllids.