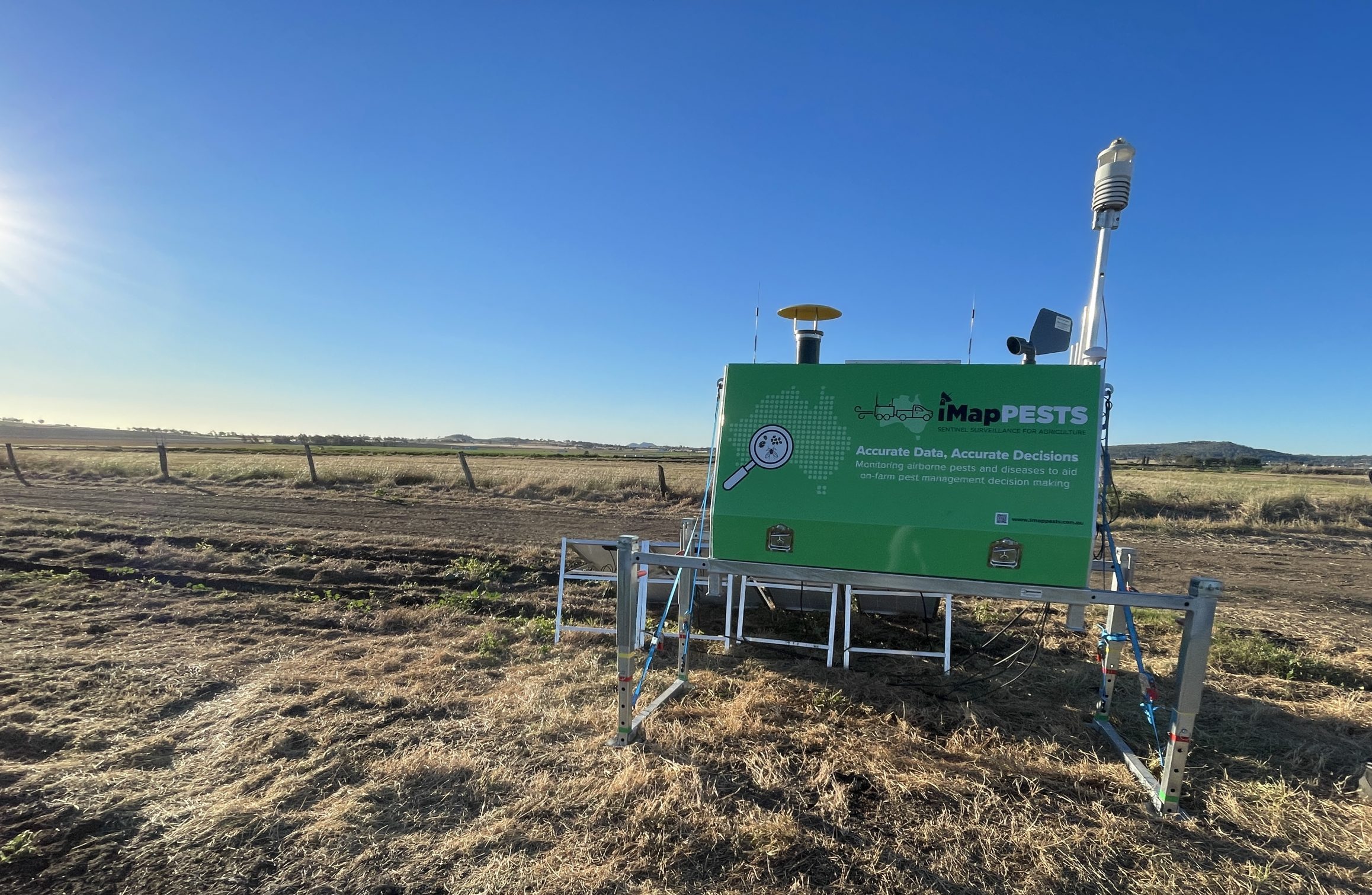 iMapPESTS have deployed Sentinel 6 to Campsey Ash Farms in Lake Clarendon in the Lockyer Valley to report the presence of high priority airborne pests and disease over the transition from Winter to Spring.

The sentinel unit features one two-metre insect suction trap and one spore suction trap, as well as an onboard weather station. This site also collects data for targets captured by lure-based traps. Priority pests and pathogens for horticulture are targeted for identification at this site.

Weather and data for pest and pathogens trapped by the suction traps are shared via the data dashboard (link below).

Insect data are presented as the total number of each target insect counted in collected samples from our 2m insect suction trap.

Spore data is presented as kilo copies of target DNA per sample from spore sampler.